Is It Time To Toughen Up DUI Laws In Tennessee?

You are here: Home / General Information / Is It Time To Toughen Up DUI Laws In Tennessee?
December 9, 2014 by Matt Talley 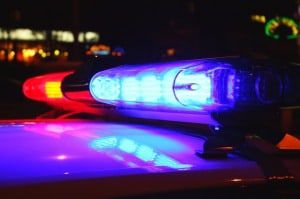 What could be harder during the holidays, or any other time of the year for that matter, than coping with the loss of your child? Everyday in America, parents are forced to wake up and face the day without their children, all because someone made the choice to drink and drive.

For some families, it’s especially hard to deal with the penalties and sentencing for driving under the influence (DUI) offenders who have killed their child in an alcohol-related crash. That’s the situation Connie Wilson of Tennessee has found herself in right now, and she’d like to see improved sentences for DUI offenders who have killed someone due to drunk driving.

Wilson lost her son Mark in 2007 to a drunk driving crash. He was only 19 years old at the time, and a sober passenger in a vehicle driven by a drunk driver. When the car he was in hit another vehicle, he and the other driver were both killed. The drunk driver who caused the crash entered a guilty plea and was sentenced to time served, and that’s not OK with Wilson or her family.

In Tennessee, DUI laws have a classification for Vehicular Homicide, and anyone who kills someone due to driving drunk will be guilty of a Class B felony and lose their license for 3 to 10 years with no ability to gain a restricted license or interlock device. Although the state’s guidelines recommend a jail sentence of 8 to 12 years for a first-time DUI offender who causes a fatal crash, a judge has the discretion to reduce the sentence or give the offender probation.

It won’t bring her son back, but Wilson would like to see the law changed. If someone has caused a fatal crash, they should be held accountable with deterrents like long term jail time.

It might be a good time to request such a change – Tennessee recently became the 19th state to enact an all-offender interlock law, so lawmakers clearly have their eye on their DUI problem and want to work to decrease fatal DUI crashes in the state.

Previous Post: « Ignition Interlock And DUI Laws In Tennessee
Next Post: What Will Change Your View On Buzzed Driving?