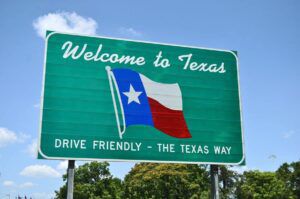 It’s hard for police to keep their eyes out for Texas drunk drivers, and it’s even harder to finalize an arrest once police have caught one. That’s because police can pull someone over and ask a suspected offender to submit to a breathalyzer test, but that offender has the option of declining. If he or she does decline the police can get a warrant for a blood test, but traditionally that’s been a long and difficult process.

Because of the need for a warrant it takes approximately four to six hours to process a single drunk driving stop, but that could change soon if a new technology is implemented in Texas. Local representatives from Law Enforcement Advanced DWI/DUI Reporting System (LEADRS) are starting to train judges on a new online reporting system that will allow a police officer to send a driving while intoxicated (DWI) blood search warrant straight to a judge.

The officer will be able to stay at the scene of the arrest, send the blood warrant to the judge as easily as sending an email, and after the judge reviews it he or she can sign it and send it back to the officer electronically. Not only will this new tech help police when it comes to court cases, but it will also eliminate the need for the officer to leave the scene, drive the offender to jail, and in some cases, meet the judge somewhere to get a warrant signed.

Could something as simple as speeding up the processing of Texas drunk drivers help change the minds of some offenders who might think there’s a way to get off easily? It’s definitely worth a try.