Two Drivers Driving Same Vehicle, Both Under The Influence

You are here: Home / General Information / Two Drivers Driving Same Vehicle, Both Under The Influence
December 9, 2015 by Matt Talley 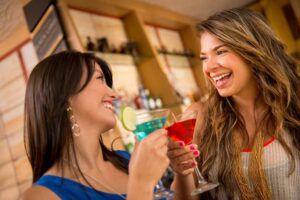 But some people forget that you don’t have to make the choice to drink and drive, and that there are a lot of other choices out there to get a safe ride home. That’s something two women should have realized long before they were both arrested for driving under the influence while driving the same car.

How does something like that happen? Police were probably asking themselves that very question after witness called in an SUV that ran through a red light and nearly collided with other vehicles. The car then pulled over so the passenger could hop out and drive, and when it sped off again it barely avoided a rear-ender with another car. Maybe they decided that they were both too drunk to drive, because the vehicle pulled into a coffee shop parking lot and police apprehended them.

Now both drivers, women in their early twenties, have been charged with driving under the influence. Although this happened up in Ontario where there is no jail time for drunk driving, these women will receive a lengthy drivers license suspension and fines.

Will Ignition Interlock Law In Honor Of Annie Rooney Finally Pass?
Next Post: 3 Drunk Driving PSAs You Have To Watch Before The Holidays