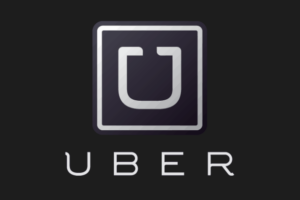 Uber’s been growing in popularity over the past year, and because of that popularity they’ve begun to veer into the mainstream. That means people are starting to think Uber just as much as they are thinking cabs, and it’s becoming the smart choice to call an Uber driver when you’re drunk and shouldn’t drive.

But with mainstream customers comes mainstream problems, and a lot of Uber drivers are required to deal with drunk people looking for a way to get home. Case in point: a California Uber driver picked up an extremely intoxicated man who refused to give him his address and things turned violent.

Violence is not a common issue for Uber drivers, but after the man wouldn’t wear a seat belt, wouldn’t stay awake, and refused to give his address so the driver could take him home, the driver pulled over and told the passenger to get out. With a dash cam running to record everything, the passenger started hitting the driver over the head, pulling his hair, and trying to smash his head into the window. That’s also the point where the driver gave the passenger a face full of mace.

The police arrived soon after, and since that point it has come out that the passenger was a Taco Bell brand manager and has since been fired over the incident. Although Uber has banned the rider from ever using the ride service again, the driver said he’s finished and won’t be driving for them anymore. He feels the quality of passengers is declining.

The passenger avoided a driving under the influence charge by calling the Uber driver in the first place, but now he’s been charged with public intoxication and assault. It’s a sad testimony to what alcohol can bring out in people, and the only thing to be thankful for in this case is that the man didn’t get behind the wheel while that intoxicated.

3 Year Old Takes The Wheel After DUI Mom Falls Out Of Truck
Next Post: Drunk Driver Runs Over Police Officer In Pennsylvania