You are here: Home / Law / Victims of Drinking And Driving In Maryland May Be Able To Sue
March 8, 2016 by Matt Talley 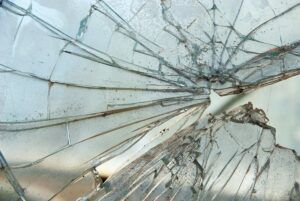 It’s hard enough to lose a loved one suddenly, but when you lose someone to a drunk driving crash there’s no way to describe the feeling. Between the anger over the circumstances and the wish to turn back time to make things right again, there’s a overwhelming sense of injustice that you can make a victim want to pick up the phone and contact a lawyer. Unfortunately in a lot of states, it’s been difficult if not impossible to sue a drunk driver for damages.

A recent senate vote in Maryland may change that for some victims of drinking and driving in Maryland.  They voted 43-1 in favor of a measure to let families of deceased victims of crashes sue super drunk or extremely intoxicated drivers for punitive damages.

Super drunk or extremely intoxicated offenders are people who crashed with a blood alcohol concentration (BAC) over .15, and the new measure states that a victim can sue these offenders if the offender is a person who has already been convicted of driving under the influence when they killed another person in a subsequent crash while extremely intoxicated.

If that sounds like a pretty specific sub-group of people that can be sued, think of it this way: there are a lot of repeat offenders on the road in Maryland, and all this bill requires is that the person have a drinking and driving conviction on his or her record and be over .15 BAC when they cause a crash that kills someone. Because it’s highly likely that every time someone drinks and drives, especially with that blood alcohol concentration, they could cause a crash, this could end up being a large group of people who are suddenly available to be sued.

The only problem for victims of drinking and driving in Maryland is that a bill like this has already gone on to the House of Delegates and it died in committee last year. Will it pass this time? If it does it will be a huge leap forward in holding drinking drivers accountable, and it might even stop a repeat offender from making the choice to drink and drive again.

Ride sharing Linked To Lower Rates Of Drunk Driving In Virginia
Next Post: What’s The Real Cost Of A DUI? Read This Before Your Next Night Out