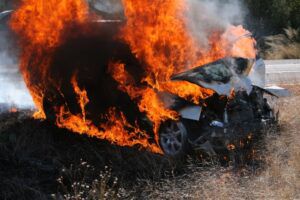 Although most people use virtual reality headsets for gaming, watching movies, and taking a virtual walk though places they’ve never been, virtual reality is also being used in another way you might not have thought of: to show people what a drunk driving crash is really like.

A company called Diageo has developed a virtual reality project called “Decisions.” One you put on the 360° virtual reality headsets you step into a world where you’re a passenger in a vehicle and there’s a drunk driver behind the wheel. You can see, hear, and feel the car crash from the moment you step into that virtual world, and it really shows you up close what it’s like to experience an alcohol-related crash. Take a look at the video below and get an idea of what you can experience via virtual reality.
[youtube https://www.youtube.com/watch?v=jIuwTvtDdVg]

Even in virtual reality, experiencing a drunk driving crash is horrifying. That’s why this type of new technology could be a great tool in the fight against drunk driving. By putting you right in the experience, where there’s glass flying and the noise of vehicles colliding, you’re much more likely to be deeply affected by what you just witnessed. If you’re affected by it, the odds of you drinking and driving should decrease because you’d never want to be the cause of or involved in a crash like that.

Fall out Friday: That Drunk Driving Crash Caught Up To Him
Next Post: What Can Happen When You Drink And Drive? More Than You Can Imagine