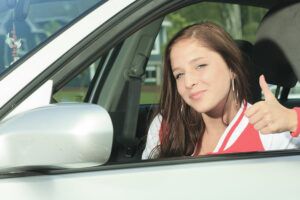 How swiftly do you need to punish a driver for making the decision to drive drunk? In some states punishment is swift and immediate. The driver will be arrested, taken to jail where he or she is processed, and will most likely receive an immediate driver’s license suspension. Some states also allow the offender the benefit of installing an ignition interlock device under the Administrative License Revocation Law.

But not all states penalize drunk drivers immediately via an Administrative License Revocation law or otherwise, and now West Virginia has decided they’d like to make changes to their own law with Senate Bill 212.

The bill would change the revocation law that was passed in 2008; a law that requires all drunk driving offenders who want to drive during their mandatory suspension to use an ignition interlock device. If Senate Bill 212 passes, it would do away with that mandatory suspension at the time of arrest.

That’s not good news for anti-drunk driving groups, especially Mothers Against Drunk Driving (MADD). They’ve stood up in opposition of the bill to the House Judiciary Chairman and requested a public hearing because they feel that the bill will weaken the otherwise strong drunk driving laws in West Virginia.

West Virginia Administrative License Revocation law is MADD approved because it allows a first offender to immediately install an ignition interlock, and if they have a blood alcohol concentration (BAC) between .08 and .14, they can keep driving as they normally would for their four month suspension period. If you have a BAC over .15, the offender would  have to use the interlock for nine months. These swift punishments give offenders the incentive to use the interlock to keep driving, and those interlocks will keep drunk drivers from re-offending.

There’s no information on whether or not MADD will get their hearing, but because their commitment to keep drunk drivers off the roads has always included ignition interlocks, this isn’t a bill they’ll stand for. Let’s hope West Virginia does the right thing and Bill 212 doesn’t pass to change the Administrative License Revocation Law.