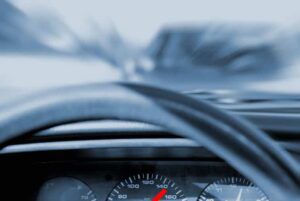 There isn’t a lot of incentive to stay sober behind the wheel in Wisconsin. Because Wisconsin OWI laws (operating while impaired) only require a first time offender to pay a fine up to $300 and lose their drivers license for 6 months, there are a lot of drunk drivers on the roads. But even police in Wisconsin, who have probably seen it all, must have been shocked when they stopped a vehicle and found a 9 year old driving her drunk parents home.

After receiving a call about an erratic driver, a sheriff’s deputy came upon a vehicle parked in Polk County, Wisconsin. Inside the vehicle were Jason Roth, Amanda Eggert, and their two children: a 9 year old girl and an 11 month old baby. Once he talked to the people inside he discovered a 9 year old was in the drivers seat, a baby strapped into a car seat, and two parents who were so intoxicated the officer had a hard time understanding them.

According to the report, Jason Roth had begun to drive the vehicle home but handed the wheel over to the little girl once he was outside of the city. The officer came upon them while they were stopped at a boat drop where they had parked.

The couple were charged with recklessly endangering the safety and neglecting a child, and Eggert was also charged with disorderly conduct and battery because she had fought with paramedics who helped her after she received a hand injury that same day.

Having a 9 year old behind the wheel is shocking, but when it comes to drunk driving, it’s not unheard of. Back in July, drunk parents in Texas decided their 13 year old would be an OK designated driver. She was stopped by police after driving erratically and the parents were charged with child endangerment.

The key message to take away here: if you drink, don’t drive, and if you’re drunk, you can’t avoid a Wisconsin OWI by handing the keys over to your kids either.

Wisconsin Drunk Drivers Could Soon Be Ignition Interlock Users
Next Post: No One Is Laughing At The Clown Arrested For DUI In Alabama