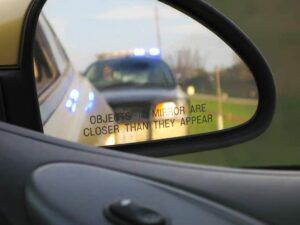 When you become a parent, you take on a set of responsibilities that you’ve never had before. You need to care for and teach another human being how to make the right choices, and you have to put your own needs behind those of your child. Unfortunately some parents are going to fall short occasionally, as is the case in Texas when two drunk parents had their 13 year old drive them the 30 minutes to their home.

A couple spent the night in an Austin nightclub recently along with their 2 daughters, ages 13 and 7. When they left the club and were clearly intoxicated, their 13-year-old daughter decided they were too drunk to drive. She felt it would be safer if she drove them home, and they agreed.

While she was driving she was running stoplights, driving erratically, and going too slow for the speed limit. A concerned motorist called her into the police because he saw her almost crash three times, and he thought he was witnessing a case of drunk driving. She was stopped shortly after. Police found the 13 year old behind the wheel, the parents in the back seat visibility intoxicated, and open alcohol in the vehicle.

On one hand, it’s good that the parents recognized they shouldn’t be drunk driving, but handing the keys over to a 13-year-old child is never a good idea. Instead of calling a cab or a licensed designated driver and getting the entire family home safely, they’ve put themselves in a situation where they’ve both received child endangerment charges, and that’s a state-jail felony.

There’s a reason why kids under the age of 16 don’t drive vehicles, so if you’re drunk remember that choosing your child as a designated driver should never be your option for a safe ride home.

It Was The Opossum, Not The Drinking And Driving
Next Post: Maybe West Virginians Will Think Twice About Drunk Driving Now