Teen Arrested For DUI After Dad The Designated Driver Bails

You are here: Home / General Information / Teen Arrested For DUI After Dad The Designated Driver Bails
June 23, 2016 by Matt Talley 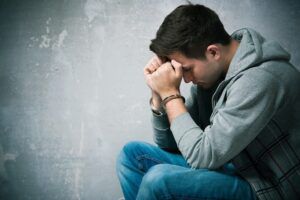 What do you do when you’re out for the night, you need to get home, and the person who is supposed to the designated driver is drunker than you are? The right answer is ‘don’t drive,’ but there are a lot of people who would have no problem getting behind the wheel under those circumstances.

Take a 14 year old boy in Pennsylvania for example. Despite the fact that he’s too young to have a driver’s license and too young to be legally drinking alcohol, the teen was driving drunk with his father in the passenger seat. It’s bad enough that the teen’s blood alcohol concentration (BAC) was .106 percent, but his father, the man supposed to driving, topped him with a BAC of 0.26.

The father has been charged with child endangerment and corruption of a minor, and with his son facing a pending drunk driving charge, he may want to familiarize himself with the new drunk driving laws in Pennsylvania.

The Governor of the state has recently signed a new law making it mandatory that all first time drunk driving offenders install an ignition interlock in any vehicle they drive. Because Pennsylvania has three tiers for drunk driving, the new law will follow those tiers. That means that someone convicted of the lowest tier with a BAC of .08 to .099 will not need an ignition interlock. Only those convicted of second and third tiers will be required to install one.

The law won’t take effect until August of 2017, but it can’t come a moment too soon for Pennsylvania. The Pennsylvania DUI Association shared data showing that 53,000 potential drunk drivers attempted to start their ignition interlock equipped vehicles in 2015, and thanks to the device, they couldn’t drive while drunk. With ignition interlocks required for all offenders, many more drunk drivers will be stopped.

There could be another good byproduct of the new ignition interlock law: maybe with a first offender ignition interlock law on the books someone supposed to be the designated driver will take his or her responsibilities seriously. If they do, maybe a 14 year old, someone without a drivers license and not legally able to drink alcohol, won’t be tempted to drive drunk.