Pennsylvania Should Pass An All Offender Ignition Interlock Law

You are here: Home / General Information / Pennsylvania Should Pass An All Offender Ignition Interlock Law
April 21, 2016 by Matt Talley 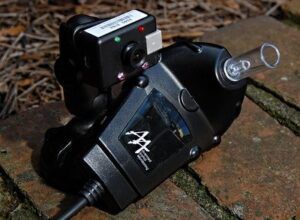 Ignition interlock use is growing, and 23 states now require ignition interlocks for every driving under the influence (DUI) offense. Some states are almost there: California does have an all offender ignition interlock pilot program on the books for four counties, and Colorado and Maine have incentives for first offenders to install the device.

With almost half of the states in the nation on board with ignition interlocks, the states that simply don’t use them are running out of excuses. Take Pennsylvania for example: an ignition interlock is required for a first offender if he or she refuses to submit to a blood alcohol concentration (BAC) test upon arrest. A judge can also require the device for a first offender, but it’s not mandatory.

A first offender also isn’t required to spend any time in jail and will only pay a fine of $300 in Pennsylvania, the cost equivalent of some traffic tickets, there really isn’t much incentive not to drink and drive. Put that together with the fact that a first time offender isn’t even required to lose his or her driver’s license for any length of time after a DUI conviction and you have a recipe for disaster.

If Pennsylvania needs an example of how to stop drunk drivers, they should take a look at the push for ignition interlocks going on in Maryland right now. After Officer Noah Leotta was hit and killed by a drunk driver during a routine traffic stop, Maryland has jumped on board and pulled out the stops to push an all offender ignition interlock law through. With support from MADD and the Governor, the proposed law has pushed through the House and is on the way to the Senate for approval.

Ignition interlocks are the only way to stop a drunk driver from driving again, and it’s time to bring them to all offenders in Pennsylvania.

California Senate Votes To Bring The Ignition Interlock To All
Next Post: A Parent’s Nightmare: Teen Drunk Driving In Colorado Kills Two