Some Of The Best Crazy Drunk Driving Stories From 2016 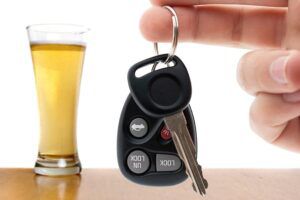 No one wants to be the star of a crazy drunk driving story, yet people make the decision to drink and drive every single day. Drunk drivers come in all shapes and sizes too, and they will get behind the wheel in cases where they’ve only had a few to drink and they think they’re sober or even when they’re completely unable to focus or walk.

When you’re in that state, anything goes. Here are just a few stories from this past year involving people who were stopped, caught, and became the star of their own crazy drunk driving story.

One of the biggest misconceptions people have about drunk driving is that they can’t be stopped in anything but a car. As a few Amish teens found out this past year, you can even be stopped for drunk driving in a buggy.

It must have been quite the sight for passerby when five young men were arrested in Pennsylvania after police spotted a few riding of them riding on the roof the buggy. The driver was arrested on suspicion of drunk driving, the others cited for underage alcohol consumption.

There’s no question that the results of the 2016 Presidential election hit the country hard, but when one drunk driver in Minnesota was stopped she made headlines because she blamed her drunk driving arrest on Donald Trump’s victory. Yes, she was so drunk she failed all field sobriety tests and couldn’t even spell her own name, but she was pretty clear that it was Trump’s fault she was in that condition.

When a Snapchat selfie goes wrong

There are a lot of people who get drunk and share inappropriate pictures on Snapchat, but not everyone does it behind the wheel of a car while parked at a stop light. When Texas police approached the woman’s car she had wine in her cup holder, a half undone top, and incriminating evidence of a drunk, distracted Snapchat on her phone.

Here’s a great resolution for everyone in 2017: make it a point in the new year to not be the star of your own crazy drunk driving story.