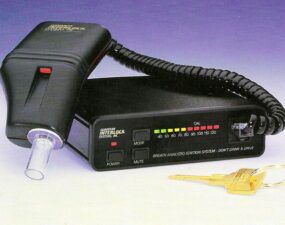 A Guardian interlock is designed to stop your car from starting if you decide to drink and drive. Although ignition interlocks are high tech and must meet or exceed standards established by the National Highway Traffic Safety Administration (NHTSA), that doesn’t mean they aren’t the subject of a few myths or urban legends.

Here’s a list of the top 5 ignition interlock myths:

Fact – An ignition interlock will monitor your vehicle, and it will continue monitoring even when your engine is turned off. This might require a small amount of battery power, but a Guardian interlock also has an advanced ‘sleep’ mode that conserves power. Your battery may drain if you leave your car lights on, if the car will remain unused for a long period of time, or if you have an unreliable battery to begin with, and your best bet is to contact a Guardian service center if you think you’ll be away from your car for a long period of time. 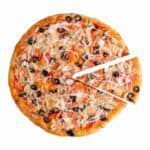 Myth – Spicy food, cinnamon rolls, mints, or donuts can give a false positive reading on your ignition interlock

Fact – There are certain ingredients in some foods that could create a situation where you receive a temporary fail on your device. Take alcohol-filled chocolates for example – an ignition interlock is sensitive, so if you eat an alcohol-filled chocolate and immediately blow into your device, it could register a fail. If you wait 3 minutes after eating, you should pass with no problem. The same goes for sugar and yeast in donuts or cinnamon rolls. They could combine to create a temporary fail, so be sure to always rinse your mouth before blowing into your ignition interlock.

Myth – An ignition interlock device costs too much

Fact – The cost of an ignition interlock device is very reasonable, and Mothers Against Drunk Drivers (MADD) averages that it costs between $70 to $150 to install and $60 to $80 per month. If you weigh that cost against having to take a cab everywhere, having an ignition interlock is much less expensive.

Myth – If I’m over the legal limit, someone else can blow into my ignition interlock device to start my car

Fact – It’s a bad idea to ask someone else to blow into your ignition interlock device. To start, it violates the terms of your ignition interlock program because you’ll be driving under the influence. Even if someone else helps you start your vehicle, a Guardian Interlock device will take photos of you while you’re driving, proving you were behind the wheel. You’ll also be required to do a rolling retest. At that point, if you’ve been drinking, you’ll register a fail on your test and your car alarm will sound until you pull over.

Myth – If I fail a rolling retest, my engine can stop while I’m driving and cause an accident

Fact – If you fail a rolling retest, your vehicle will not automatically stop in the middle of the road. Once the ignition interlock detects a fail, your car alarm will sound and your lights will flash until you safely pull over. At that point you’ll need to wait a few minutes before you can attempt another test.

There are more than a few urban legends circulating about ignition interlocks. If you’ve heard others that I haven’t mentioned here, be sure to share in the comments.