Charged With DUI? Don’t Own A Car? You Still Need An Ignition Interlock

You are here: Home / General Information / Charged With DUI? Don’t Own A Car? You Still Need An Ignition Interlock
October 10, 2014 by Matt Talley 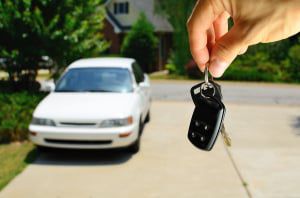 If you’ve ever held your car keys in your hand and pondered whether or not you’re sober enough to drive, you’re not alone. Thousands of people go through the same dilemma every day, but most already know that the only option should be to contact a sober driver or take a cab home. Alcohol has a way of shutting down the part of your brain that tells you when you’re over your limit, and it might even give you a false sense of confidence that’s enough to get you behind the wheel and driving home even though drunk driving is illegal and your coordination and motor skills aren’t what they should be.

But police are on the lookout for people who make the choice to drink and drive, and they’re ready to charge you with DUI, suspend your license, and maybe even send you to jail for a few days if you’re convicted. In a growing number of states, all offenders, including those arrested for DUI for the first time, are also required to install an ignition interlock as part of DUI penalties.

But what happens if you don’t actually own a vehicle? Are you able to skip the ignition interlock requirement completely?

The short answer is no, and here’s why – unless you plan on using public transportation for the entire duration of your license suspension, you may be borrowing a vehicle to drive. You might even be borrowing the same vehicle you were stopped for DUI in the first place, or you don’t own a car yourself but you drive one owned by the company you work for.

DUI penalties are put into place so people who are holding their keys in their hands and wondering whether they’re sober won’t make the mistake of getting behind the wheel. Think about the consequences, and then make the choice to call a cab or ask a designated driver to take you home.

If you’re wondering what the DUI penalties are for your state, take a look at Guardian Interlock’s State law page.