What Do You Have To Do To Get A 50 Year DWI Sentence?

You are here: Home / General Information / What Do You Have To Do To Get A 50 Year DWI Sentence?
September 8, 2016 by Matt Talley 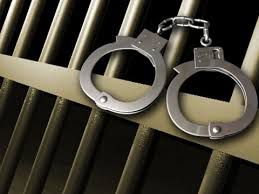 A driver’s license suspension due to a DWI sentence (driving while intoxicated) may sound ominous, but in reality it’s a simple paper document instructing you not to drive. Once the drunk driver leaves the police station or court room, no one will stand in front of that person and force them to stay away from their vehicle. If they drive on a suspended license, they may get caught, but the odds are high that they won’t.

According to Mothers Against Drunk Driving (MADD), 50 to 75% of drunk drivers will continue to drive on a suspended license. That’s a lot of offenders who ignore their DWI sentence and drive anyway, and over time these people will rack up the offenses, crash into someone, or both.

That’s exactly what’s happened to Ronnie Paul Hobgood from Montgomery County, Texas. Instead of learning from his first offense, he continued to drink and drive straight to his sixth offense. What’s even worse is that he’s killed someone and caused numerous crashes along the way.

Hobgood has had five drunk driving arrests since 1990. He killed one person in a drunk driving crash, spent sixteen years in prison thanks to two DWI sentences, and three of his DWI arrests happened after he killed someone.

His sixth arrest occurred when a bartender, noticing he was extremely drunk, tried to stop him from driving. He hopped in his truck and took off, and while fleeing he hit another vehicle at high speed. When police arrived he had a blood alcohol concentration of .272.

That last crash is what has sealed his fate in Texas, and at a recent court appearance a judge sentenced him to fifty years in prison for his sixth DWI. He’ll be eligible for parole when he’s seventy years old.

What could have stopped this offender from repeatedly drinking and driving? The only solution to stopping repeat offenders in Texas and everywhere else in the United States is an ignition interlock. With an ignition interlock in his vehicle, Hobgood couldn’t have ignored his repeat driver’s license suspensions and drove drunk anyway.

Thankfully this offender is off the roads for a long, long time. For all other repeat offenders in Texas, it’s a good thing ignition interlocks are now mandatory. Let’s just hope that Texas follows up on all ignition interlock installations and forces compliance for all offenders. It’s the only way to clean up the roads in the Lone Star state.

Only Ignition Interlocks Could Stop This Drunk Driving Crash
Next Post: Here’s Another Way A DUI Conviction Can Derail Your Life