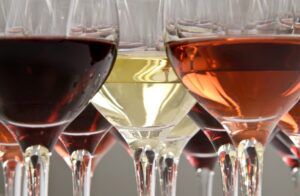 Could a tax on alcohol really have a big effect on Maryland drunk driving? If one study in Maryland is any indication, that hit to the pocket book is making people think twice about getting behind the wheel drunk.

The study as led by the University of Maryland and published in the American Journal of Preventive Medicine. It showed that the number of alcohol-related crashes where someone was killed or hurt dropped by six percent when Maryland raised it’s alcohol sales tax back in 2011. That’s the rate it dropped for drunk drivers in all age groups, but the research actually showed that there was an even larger drop in Maryland drunk driving for young drivers.

Young drivers age 15 to 34 saw a twelve percent drop in alcohol-related crashes. On the flip side, older drivers between the ages of 35-54 saw no change and drivers over 55 saw a five percent increase after the tax was implemented. It could be that this demographic is not as worried about a jump from a six percent tax to a nine percent tax.

Researchers don’t think they would have seen such a significant drop in alcohol related crashes had the tax not been implemented, but there’s no evidence yet that you could continue to raise the alcohol tax and see another drop. That might be why anti-drunk driving groups like Mothers Against Drunk Driving (MADD) are sticking with ignition interlocks to fight Maryland drunk driving and not strict just relying on policy changes like alcohol tax increases.

MADD doesn’t promote alcohol abstinence per se, unless you have plans on getting behind the wheel of a car. To stop Maryland drunk driving and drunk drivers in all states, MADD believes passing an all offender ignition interlock law is the most crucial law change a state can make.  Thankfully Maryland has already made that law happen, and they’re stopping drunk drivers because of it.