Noah’s Law Brings Ignition Interlocks To All Offenders In Maryland

You are here: Home / Law / Noah’s Law Brings Ignition Interlocks To All Offenders In Maryland
October 20, 2016 by Matt Talley 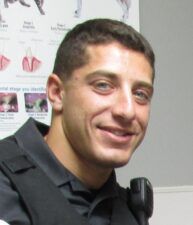 October is the month of fall, chillier days, and Halloween. In Maryland, it’s also the month local law enforcement have been waiting for. Noah’s Law, requiring ignition interlocks for all convicted driving under the influence (DUI) offenders, went into effect on October 1st, 2016.

If you’re charged with drunk driving in Maryland you’ll be required to install ignition interlocks in any vehicle you drive and use it for six months. If you don’t install the interlock you’ll lose your driver’s license for six months, and if you don’t submit to a breathalyzer test when you’re requested to do so, you’ll have to use an ignition interlock for nine months or lose your driver’s license for nine months.

It’s the end of a long road for the people in Maryland and others around the nation who supported Noah’s Law. Because Noah Leotta was law enforcement killed on duty while working a drunk driving checkpoint, his death really struck a cord with lawmakers and Mothers Against Drunk Driving (MADD). The organization even dedicated their annual report on ignition interlocks to him, and they pushed hard for Noah’s Law to be passed.

Along with Noah’s Law, 300 other laws took effect on October 1st, and one of them targets underage drinkers. Alex and Calvin’s Law is now in effect in Maryland, and it will allow for repercussions if a parent lets underage drinkers leave a party where they’ve provided alcohol or supplied a venue. If the teen who left injures themselves or others in a crash due to drinking at one of these parties, the parents could spend up to a year in jail.

With these three new laws on the books, Maryland has just become a much safer place for all drivers.

If You Drink And Drive, Your Luck Will Eventually Run Out
Next Post: Discovered: A Link Between Drinking Energy Drinks And Drunk Driving