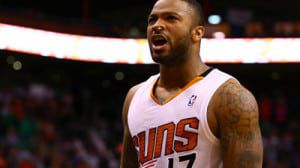 It’s scary when a state decides that the term DUI or driving under the influence isn’t enough to describe someone who has been caught drinking and driving, but that’s exactly what has happened in Arizona. It’s one of the few states using the label Super Extreme DUI, and it means that the offender in question has a blood alcohol concentration (BAC) of .200 or over. The charge is currently a misdemeanor, but if convicted the offender will serve minimum jail time equivalent or greater to some first time felonies.

You’ve probably seen the term splashed across the news a lot lately because a Phoenix Suns basketball player was arrested on suspicion of super extreme DUI in Arizona. On May 10th, forward-guard P.J. Tucker was trying to drive home after a night out when he was stopped by the police. Once stopped he failed a field sobriety test by blowing .201 percent, and a blood test confirmed later that his BAC was .222 percent. The legal limit across all states is .08.

Super extreme DUI carries with it a super extreme set of penalties. If you’re convicted of super extreme DUI you’ll spend a minimum of 45 days in prison, pay steep fines, and must install an ignition interlock device on your vehicle for a period of 18 months.

Just take a look at the effects of blood alcohol concentration on the Centers for Disease Control and Prevention website. They show that even at the .02 level you’ll suffer some loss of judgement and may have a decline in visual acuity. At .05 you’ll have loss of muscle control and lowered alertness. With those blood alcohol levels it’s technically still legal to get behind the wheel, so imagine how impaired someone would be with a BAC of .200?

Super extreme DUI should be a charge that’s added to DUI laws across all states, because if one person has been caught the odds are there are a lot more people out there driving with these insane blood alcohol levels.

DUI Scooters? Not A Good Idea
Next Post: Ignition Interlock and Driving While Intoxicated Laws In Arkansas