How to Be Arrested for DUI – Without Even Driving

You are here: Home / General Information / How to Be Arrested for DUI – Without Even Driving
May 28, 2014 by Matt Talley

You’ve had too much to drink, and you know it is inadvisable to get behind the wheel. But the bar is closing down, your designated driver failed to show up, and a taxi costs too much. So what do you do?

You get into your car and have a nap, hoping that you will be sober enough to drive in a couple of hours. While you are sleeping, a policeman walks up and knocks on your window. Two minutes later, you are in handcuffs.

Something called Physical Control. The fact is, you do not have to be driving to be arrested for a DUI. You just need to be in the driver’s seat of a car and be in possession of the keys. To the law in most states, this means you are in physical control of the car, even though you are not driving. Your keys do not even have to be in the ignition. 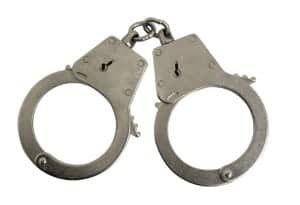 Generally Physical Control violations are misdemeanors, and they do carry penalties including fines and jail time, though usually not as severe as those for moving DUI violations. Physical Control is an offense worth noting, as many drinkers assume that they are abiding by the law when they sit in their cars after a night of drinking without turning on the ignition.

If you think this is a harsh law, you are not alone. Many states have “safe harbor” laws to allow for the driver’s good intentions. If you are safely off the roadway, with the keys somewhere inaccessible (such as the trunk), then courts in some states will look kindly on you.

The laws on Physical Control are just one more factor that drivers should take into consideration when they step out for a drink. It isn’t enough not to be driving while impaired – make sure you’re nowhere near your car.

Will Self-Driving Cars Finally Solve the DUI Problem?
Next Post: What Police Look for When Giving DUI Tests