Avoid The 8 By Not Drinking And Driving In California

You are here: Home / General Information / Avoid The 8 By Not Drinking And Driving In California
November 11, 2015 by Matt Talley 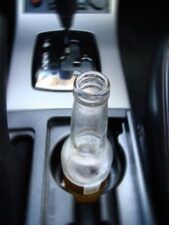 California has long since had an issue with drinking and driving, and over the past few years, counties in the state have been taking matters into their own hands and fighting back against drunk drivers. After losing almost 1,200 Californians to alcohol-related fatalities in 2013, a crack down on drunk drivers can’t come a moment too soon.

That’s why the ‘Avoid the 8’ driving under the influence (DUI) task force is underway Yolo County. The 8 you want to avoid in this case are the West Sacramento, Winters, Davis, UC Davis, and Woodland Police departments, the Yolo County Sheriff’s Department, the Yolo Probation Department, and the California Highway Patrol of Yolo County.

Banding together, they’d like to send a message to anyone considering drinking and driving or doing drugs and driving in Yolo: make the choice to drive sober and you’ll avoid getting arrested by the 8 law enforcement agencies. Powered by a $140,000 grant from the California Office of Traffic Safety, these agencies will band together to host checkpoints and saturation patrols.

They’ll also use the funds to go after repeat DUI offenders with Court Sting Enforcement Operations and Probation sweeps, with an eye to cracking down on DUI offenders who actually drive away from their own court hearings after a judge has suspended their license.

Now holidays where people tend to drink and drive like St.Patrick’s Day and New Years will have their own DUI campaigns, and it’s all part of the Yolo County crackdown.

‘Avoid the 8’ isn’t the only anti-DUI initiative going on in California. A pilot program for ignition interlock devices has been on-going in several counties including Tulare, Sacramento, Alameda, and Los Angeles. Since July 1st, 2010, any person convicted of a misdemeanor driving under the influence (DUI) violation, a felony DUI with injury violation, or a vehicular manslaughter while intoxicated must install an ignition interlock device.

If you don’t want to get arrested and be required to install an ignition interlock in any vehicle you drive, you’d better drive safe and sober in California.

Want To Know How To Stop Drugged Drivers? Ask Washington State
Next Post: It’s Jail Time For McNabb Thanks To His Extreme DUI