You are here: Home / General Information / Binge Drinking Is Dangerous To Your Health In More Ways Than One
May 11, 2015 by Matt Talley 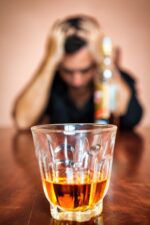 It’s easy to stop drinking beverages like water, soda, or milk—when you’re not thirsty anymore, you stop drinking. But when it comes to alcohol? Drinking alcoholic beverages like wine, beer, or spirits isn’t about drinking until you’re not thirsty anymore. It’s about drinking until you’re buzzed or intoxicated. Being buzzed or drunk once in awhile isn’t that big of a deal in the grand scheme of things as long as you aren’t drinking and driving. The real problems only begin when you’re constantly drinking alcohol to excess or binge drinking.

Binge drinking means different things to different people. Some binge drink only on weekends, while others drink to excess every single day. No matter what category you fall into or how you define it, binge drinking is dangerous to your health.

The Harvard School of Public Health along with other researchers have found that binge drinking is linked to an increase in severe health problems. To start, there was found to be an increase in heart attack risk associated with binge drinking. After surveying 4000 heart attack victims and asking about their drinking habits prior to their heart episode, they found that the largest chance of a repeat heart attack increased by 72% in the hour after they began drinking.

Drinking a glass of alcohol once in awhile can actually have health benefits, but drinking to excess can only lead to trouble. Besides the hang-over the next day and the threat of alcohol poisoning, people need to be aware the damage done by binge drinking is real and it can be permanent. You can stay safe while consuming alcohol; you just need to know where to draw the line.

Mock Deaths Teach Teens Dangers Of Drinking And Driving
Next Post: Life After DUII In Oregon