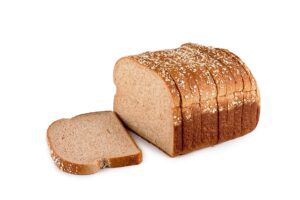 When Annie Rooney’s family began their attempts to pass Annie’s Law, the Ohio ignition interlock law, they knew it would have its detractors. Some believe ignition interlocks should only be used for repeat offenders who are more likely to drink and drive again, while others worry that such a strict law would mean that casual drinkers are penalized too harshly.

Still others believe that Ohio ignition law could lead to unintended consequences for people who use the devices. Take a recent article in WCPO Cincinnati for example: it detailed how ignition interlock devices are so touchy they could result in failing the interlock test, all for something as simple as eating a piece of bread.

The lawyer in the video showed that if you eat a piece of bread and try to start your vehicle immediately after, you could possibly blow .02 or higher on your interlock. This is a possible reaction to the yeast in the bread, and he detailed how a similar situation could happen if you drink energy drinks, cough syrup, or even have pizza in your mouth before you blow. He also warned of possible consequences as far as your Ohio ignition interlock program is concerned if you record a “violation” like this.

The problem with this scenario is that it falls under the category of alternate facts. To start, he already provides the solution to this issue within the video: rinse out your mouth before blowing into an interlock. That’s pretty common advice when you have an Ohio ignition interlock, and it’s unlikely that someone will be eating a piece of bread or pizza and then decide to immediately blow into their ignition interlock. If they are in that situation where they are eating on the run, all they have to do is rinse their mouth and wait about 15 minutes before they blow. Problem solved.

Not everyone may be on board with Annie’s Law right now, and there are more than few ignition interlock myths like this one floating around, but thanks to Annie’s Law thousands of Ohio lives will be saved. You can’t deny that’s a great thing for the state.

Friday Fallout: Suspected Of Drunk Driving? Don’t This With Police
Next Post: Texans Should Take Note Of The DWI No Refusal Weekend