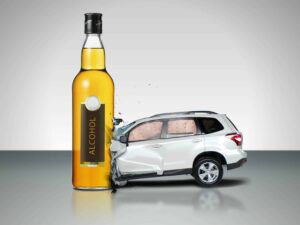 California is one state that’s has an all offender ignition interlock working for them, but it’s only used as a pilot program in a few counties. Now that it’s been proposed as a law to cover the entire state, there’s some push back from different groups who don’t think every drunk driver needs an ignition interlock.

In that line of thinking, a first offender stopped by police with a blood alcohol concentration (BAC) of barely .08 shouldn’t be held to the same standards as an offender who caused a crash with a double the legal limit BAC.

It might sound logical on paper, but there’s a few things missing from this train of thought: the drunk driver’s power to injure or kill because they are impaired behind the wheel of a car, and the fact that the drunk driver made a conscious choice to drink and drive.

Drinking and driving is a choice, and that choice can lead to death, injury, and as we’ve seen in California numerous times, the complete destruction of someone’s family. It doesn’t matter if you’re BAC is .08 or .15 either, because research has shown that someone who is buzzed has just as much of a chance of crashing as someone who is well over the legal limit.

All drunk drivers are created equal, and to keep Californians safe on the roads, anyone who makes the conscious choice to drink and drive should be required to spend some time with an ignition interlock in his or her car. That’s why Senate Bill SB1046 should pass.

If you’re not sure about ignition interlock reform, you’ve got to ask yourself how you’d feel if someone drunk crashed into you. Would you be concerned if the person that hit you, caused you to feel pain, and possibly killed someone in your family was a first offender? It’s very likely you wouldn’t care, you’d just want that person off the road, and that’s why ignition interlocks should be required for all offenders in California.

3 Reasons To Consider An Ignition Interlock For Your Teen
Next Post: The States To Watch For Teen Alcohol-Related Crashes