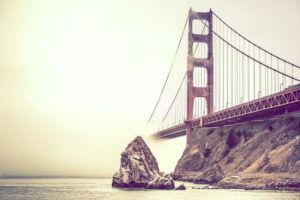 California is a state that’s known for beaches, sunshine, and celebrities, but the state also has quite a reputation for drunk driving. Four cities in the state, Los Angles, San Francisco, San Jose, and San Diego, ranked in the top ten cities the most drunk drivers.

To crack down on drunk drivers, the state launched an ignition interlock pilot program. It only involved Alameda, Los Angeles, Tulare, and Sacramento counties, but it gave California lawmakers enough motivation to prepare a bill to pass a state wide ignition interlock law.

That new bill, Senate Bill 1046, requires all driving under the influence (DUI) offenders to install an ignition interlock in his or her vehicle. It was amended twice before it passed through the California Senate, amended once at Assembly, and is now waiting for another reading before it progresses or is amended again.

Mothers Against Drunk Driving (MADD) released a statement of support after the bill moved to Assembly, and the California chapter of the group plans on visiting members of the Assembly to discuss and encourage bill support.

They’ve got good data to back them up too: this past winter MADD released an Ignition Interlock Report that detailed how ignition interlocks stopped one million attempts to drive drunk in California. That data came from just those four counties, so you can imagine how effective a statewide interlock law would be.

If the bill passes through and moves onto the Governor’s office for a signature, California will join a long line of states moving to all offender ignition interlock laws. Maryland recently added an all offender interlock law, and Ohio may finally pass the all offender law known as Annie’s Law. Named in honor of Annie Rooney, a lawyer who was killed by a drunk driver, the law has stalled several times but looks like it may progress this year.

Will California join 26 other states in passing an ignition interlock law? It’s time to wait and see, but if they do, they will be taking a strong stand against drunk drivers in every county.

Teen Arrested For DUI After Dad The Designated Driver Bails
Next Post: The States With The Most Drunk Driving Arrests