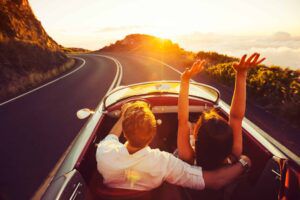 Take one case in Palmdale that happened recently. It was the middle of a sunny day and a female driver had just been pulled over for suspected drunk driving. She was asked by the police officer to take a field sobriety test, and she complied.

There are a few different types of field sobriety tests used by police in the United States. The Horizontal Gaze Nystagmus (HGN) test involves an officer asking you to track the movement of a pen or finger with your eyes. The One-Leg Stand Test involves you standing on one foot and attempting to balance. The last test is the Walk-and-Turn Test.

The Walk-and-Turn Test involves you taking nine steps in a straight line, walking precisely from heel to toe. When you’re walking you’ll be counting out loud, and the officer who has suspected you of drunk driving will assess you as you walk.

When she turned around she found her boyfriend, a California deputy himself, on one knee with a ring in his hand. He had decided to stage the stop in order to propose to her, and he felt like the Walk-and-Turn Test would give him the perfect opportunity to do so.

It’s definitely not the way a California drunk driving stop normally pans out, but she must have been really relieved that she wasn’t actually suspected of drunk driving and even happier after she said yes and received her ring.

It just goes to show; some California drunk driving stops do have the possibility of having a happy ending.

That Moment When Your Nanny Gets A Florida DUI
Next Post: US Drunk Drivers Still Main Reason People Die On The Roads