Field Sobriety Test May Be Admissable In California

You are here: Home / General Information / Field Sobriety Test May Be Admissable In California
May 28, 2015 by Editorial Staff 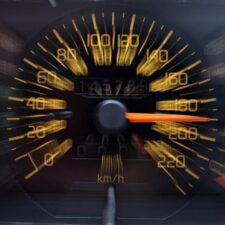 It’s not enough for an officer to suspect someone of drinking and driving. Although that person may be swerving on the road, stumbling when they get out of the vehicle, and smell strongly of alcohol, it can all come down to blood alcohol concentration (BAC) to prove a driving under the influence (DUI) charge in court. If the police officers don’t have a BAC proving the driver to be at or near the legal limit of .08, they may not be able to prove their case.

But the California Supreme Court has just given the police the tools to make convictions stick without blood alcohol concentration evidence, and it was all due to one case put before the Department of Motor Vehicles (DMV). The driver was arrested for suspicion of drunk driving after an officer spotted her swerving. When she was stopped she had red eyes, the vehicle had a strong odor of alcohol, and she failed field sobriety tests. When her BAC was taken, she was right at .08, and subsequent blood tests showed her at .09 and .095.

The driver did plead guilty to a wet reckless charge, but didn’t believe her driver’s license should be suspended because her blood alcohol may have been below .08 when she was pulled over. Unfortunately for the driver, the DMV officer rejected her BAC testimony and suspended her licence based on the field sobriety tests and police accounts.

After a trial court and appellate court ruled in favor of the DMV, the California Supreme Court also upheld the ruling. Although the court warns that using circumstantial evidence shouldn’t trump BAC or expert testimony, some defense lawyers think we’ll be seeing more California driver’s licenses suspended due to BAC results close to .08.

At the end of the day, stronger DUI laws can only keep California roads safer, and if you’d like to avoid DUI penalties like driver’s license suspensions and possible ignition interlock requirements, be sure you never drink and drive.

2 Drunk 2 Care Driver Jailed For 24 Years
Next Post: 5 Tips To Stay Safe On The Roads This Summer