California Drunk Driving Arrests Down, But Crashes Up

You are here: Home / General Information / California Drunk Driving Arrests Down, But Crashes Up
January 19, 2016 by Matt Talley 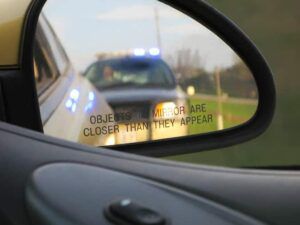 Orange County is known for its palm trees, ocean views, and hot days, but for the people living in the county, it’s also known as a place where police crack down on all California drunk driving with checkpoints and one of the highest driving under the influence (DUI) conviction rates in the entire state.

In the past year that dedication to stopping drunk drivers hasn’t resulted in more DUI arrests, because the checkpoints they have set up caught fewer drivers than in years past. Unfortunately that doesn’t mean alcohol and drug related crashes are on the decline too. In Orange County and all over California alcohol-related crashes are increasing.

Statistics released by Orange county police show that arrests for California drunk driving have dropped 26 percent from 2008 to 2013. Drunk drivers in California fell 24% overall. Police feel as though the drop in arrests is due to a number of factors. Orange County Police are running fewer checkpoints then they did in 2010, there are fewer DUI patrols, and they think people are relying on smartphone apps and services like Uber to get home after drinking.

The California Office of Traffic Safety even has their own app to stop drunk drivers in the state. The Designated Driver VIP mobile app gives discounts and offers at local restaurants to sober designated drivers. It will also let you order a ride from Uber, Lyft, or Curb.

Orange County has a lot of options to get home safely after a night of drinking, and but that doesn’t mean DUI-related crashes have dropped. In Orange County alone, alcohol crashes between 2010 to 2013 have increased with a 125-fatality jump. Why? Orange County police aren’t saying, but a recent article in the Orange County Register speculated that because both alcohol-related and drug-related driving fatalities have inched up, it could be that people who are getting behind the wheel aren’t just tipsy; they’re extremely intoxicated. If the people who decide to drink and drive instead of sourcing out a ride home have high blood alcohol concentrations and they aren’t getting stopped, they have a much higher likelihood of crashing.

The key to staying safe when you drink, in California or otherwise, is to pick up your smartphone instead of your keys: calling for that ride could save your life.

If At First You Go Viral: Tennessee DUI Campaign To Try Again
Next Post: MADD Wants You To Sign Up To Fight Affluenza