How To Turn A California DUI Into A Murder Charge

You are here: Home / News / How To Turn A California DUI Into A Murder Charge
December 19, 2017 by Matt Talley 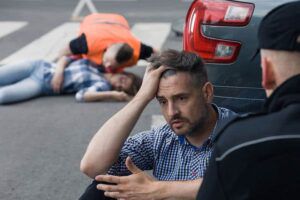 What’s the worst that could happen if you’re a drunk driver in California? You might think it’s the personal cost of a California DUI conviction, but that charge is small potatoes compared to what a man in Sacramento is currently facing.

Thanks to his decision to drink and drive, he’s facing four counts of murder. Fred Lowe, a resident of Sacramento, crashed his car into another car while heading down the Interstate. The other car lost control and flipped over into lanes with oncoming traffic.

Inside that vehicle were five family members who were heading home from a baseball tournament. Four of the victims were pronounced dead at the scene, including two teen boys. One lived, and he was treated for serious injuries.

Mr.Lowe, the drunk driver, left the scene before finding out if anyone was injured. Police caught up with him a short time later and arrested him on suspicion of vehicular manslaughter.

Unfortunately for Mr.Lowe, this wasn’t his first time behind the wheel drunk. He had a previous charge of California DUI on his record, and he was also arrested at another time for a robbery. Because of that record, the fact that he fled the scene, and how he had a high blood alcohol content (BAC) at the time of the crash, the judge decided there was enough to charge this driver with second degree murder.

Now, all because he made the decision to drive drunk, this man is responsible for one of the worst drunk driving crashes the area has ever seen. A family has lost four of its members, and this driver is facing four murder charges in the state of California.

To answer the question, what’s the worst that could happen if you put your keys in the ignition after drinking? You could kill someone, and you might be charged with murder. Just like Mr.Lowe must realize, alcohol and driving don’t mix, so stay safe and don’t drink and drive.