Annie’s Law Not A Slam Dunk 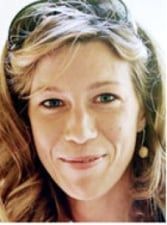 Annie’s Law or House Bill 469 has been in the news quite a bit this past year. The proposed legislation asking for changes to Ohio’s operating vehicle impaired (OVI) ignition interlock laws has seen its fair share of debate, and now it seems as though the support for it has been split right down the middle.

Current OVI laws in Ohio allow judges to decide whether or not a driver should be ordered to use an ignition interlock device, but they are required for any offender who has been convicted of OVI twice within a six-year period. If House Bill 469 passes, all offenders, including first time offenders, will be required to install the device, and that’s where those opposing the bill have an issue.

Judges meeting for the Ohio Judicial Conference opposed the bill recently, saying it would cause a reduction in a judge’s discretionary powers. Shortly after, the bill was pulled from an expected committee vote in the Ohio House. A few of those opposed stated that the bill was too much, simply because some people who receive a first time OVI never drive drunk again, while others cited the cost of an ignition interlock for offenders as a factor in their opposition.

But the bill isn’t without its support – members of Ohio law enforcement have said that anything that takes drunk drivers off the road is a step in the right direction, and that if it makes the streets safer, everyone should be for it.

Making the streets safer for everyone was the goal of Annie’s Law right from its inception. The bill was named for Annie Rooney, a Chillicothe, Ohio lawyer who was struck and killed by a drunk driver in July 2013. That drunk driver had been arrested three times for previous OVIs, resulting in one OVI conviction and two plea deals, and her family would like to see drunk driving become a thing of the past.

All eyes will be on the future of Annie’s Law. You can keep up to date on what’s happening with Annie’s Law by visiting the Annie Rooney website.

Prepare For The Holidays By Knowing Your Drunk Driving Myths
Next Post: Celebrities Behaving Badly