Captain Busted While Boating Under The Influence

You are here: Home / News / Captain Busted While Boating Under The Influence
April 24, 2015 by Matt Talley 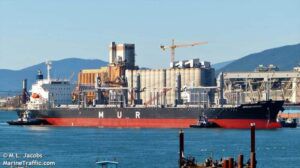 Because the oceans are so large, we don’t think about what it would be like if someone was boating under the influence (BUI) on them. There are no roads and often no one to run into for long stretches of time, but whether a person drinks and drives behind the wheel their own personal watercraft or at the helm of a massive ship, they’re taking their lives and the lives of others into their own hands.

Parmod Kumar was suspected of helming the Master of the African Harrier, a registered bulk carrier, under the influence of alcohol. The Pilot of the vessel was concerned he was drunk and asked the Maritime NZ staff to test him. His breath test showed he was almost 5 times the legal limit of 250 mg/l, and as such he was charged for attempting to perform his duties with a breath alcohol exceeding 250 micrograms.

For his crime, he was fined approximately $2,300 US. If this incident would have happened in the USA, his penalties may have been more severe. The US Coast Guard has strict BUI laws, and each state can also have additional BUI laws. Penalties can include large fines, jail terms, and driver’s license suspensions for all vehicles the offender drives. You can’t install an ignition interlock device in a boat either, so the suspension would be a full term with no limited driving privileges.

With a blood alcohol concentration (BAC) that high, it’s a wonder he was able to stand up let alone helm a ship that size. Alcohol can affect your logic, coordination, and motor skills, so he’s also fortunate no one was injured or killed.

He may drive a huge ship and you only pilot a small pleasure cruiser, but the same rules apply – don’t get behind the wheel of a boat after drinking, or you’ll pay the price.

Ignition Interlock And DUI Laws in Kansas
Next Post: This Is The Year Of The Pocket Breathalyzer