He Ordered The Hashbrowns, Got Charged With Drunk Driving Instead

You are here: Home / Offbeat / He Ordered The Hashbrowns, Got Charged With Drunk Driving Instead
November 29, 2017 by Matt Talley 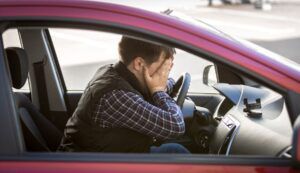 If you’ve heard about the angry hashbrown guy who was charged with drunk driving, you’re not alone. The man from Sydney, Australia with a strong desire for McDonald’s hashbrowns made headlines around the world. But what he might not have realized is that getting arrested for drunk driving at McDonalds is pretty common.

It happened early one Saturday morning, long before most people get up for the day. He was in the McDonalds drive-through trying to order chicken nuggets, but nuggets aren’t on the breakfast menu at five am. He was so mad he did laps in the parking lot for a few minutes, and when he finally attempted the drive-through again, he ordered 200 hundred hashbrowns.

They probably didn’t ask him if he wanted fries with that, becuase that’s not really a common order. Instead of getting to work in the kitchen, the staff decided to skip his request and call the police instead. When they arrived the found him in the parking lot he was without hashbrowns, but he did have a blood alcohol concentration (BAC) of 0.175. That’s double the legal limit in the United States, and it’s considered a high BAC in Australia too.

Although he might be the first person charged with drunk driving who also charged up over $200 worth of hashbrowns, he’s not the first person caught driving drunk thanks to the drive-through staff. Fast food restaurants like McDonalds always see more than fair share of drunk drivers.

One woman in Indianapolis crashed into a pole in the McDonald’s drive-through, then decided to kick one of the police officers who arrived to arrest her. Another man was recently charged for drunk driving at a McDonald’s in New Zealand. Just like the other two McDonald’s offenders, he was drunk and had a high BAC. He also hit a sign as he attempted to work his way through the drive-through.

It may be the burgers and hashbrowns that attract people to McDonald’s in the early morning hours, but if you’re drunk in the drive-through, you’re going to have to forgo you fast food binge and head straight to jail.