Yes, You Can Be Arrested For Drunk Driving While Completely Sober

You are here: Home / Offbeat / Yes, You Can Be Arrested For Drunk Driving While Completely Sober
November 3, 2016 by Matt Talley 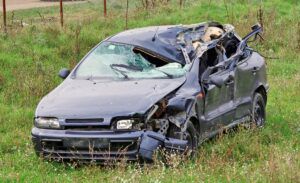 Car crashes happen all the time. Whether it happens when you’re just driving down the road, minding your own business or you’ve been doing something like drunk driving that would result in your getting arrested after, it’s pretty nerve-racking to get into a motor vehicle crash. Even if you manage to walk away from it unscathed, you still have to deal with the police and explain what happened.

The aftermath of a motor vehicle crash can be confusing, even for the most experienced police officer. All evidence can point to the fact that you’re innocent of blame, but sometimes innocent people can get arrested too. That’s what happened in Utah recently after a woman’s car was totaled in a motor vehicle crash. She was arrested for drunk driving, but she was completely sober.

Turns out her blood test confirmed she wasn’t drunk at all. Completely sober at the time of the crash, she’s now pursuing legal action against the city of Layton, Utah for both the arrest and an improper search. She’d like the drunk driving charge dismissed, and she’d like the police held accountable for the unconstitutional search without warrant or reason to do so.

Clearly, one person can exhibit signs of impairment that might not mean they are actually drunk behind the wheel. It just goes to show there are no hard and fast rules when it comes to the world of drunk driving and drunk driving crashes.  It also shows that law enforcement, although their goal is to be vigilant, can make mistakes now and then too.