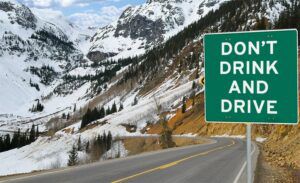 The idea of public shaming to fight back against drunk driving is nothing new. Some states publicize mug shots of their drunk drivers in the newspaper and on the web. Other states add a dose of shame to their DUI penalties. That could soon be the case for Colorado drunk driving laws.

The Colorado State Patrol set up a poll online recently, the purpose of which was to ask the public how they felt about scarlet letter plates. These plates have a bright red-on-yellow design and they are one way to immediately alert the public that the person in the vehicle is a convicted drunk driver.

The poll specifically asked, “Would you, personally, support a “scarlet letter” indicator on the license plate of a convicted drunk driver?” By the time the poll closed there were 350 people who had voted, and the majority supported scarlet letter plates for drunk drivers. The only division was whether or not they supported them for first time offenders.

40 percent of the respondents said that they believed first offenders convicted of Colorado drunk driving should be required to use the plates, but 33 percent thought only repeat offenders should have to put the plates on their vehicle.

Just because they put up a poll doesn’t mean the scarlet letter plates will become part of Colorado drunk driving law, but if Ohio is any indication, there’s definitely no harm in trying. If a little shame works to prevent someone from drunk driving, why wouldn’t you try?

Washington DUI Law Changes To Add DUI-E
Next Post: He Ordered The Hashbrowns, Got Charged With Drunk Driving Instead