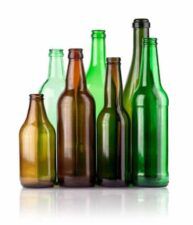 People who drive drunk frequently will often ask themselves, ‘What’s the worst that could happen?’ They probably picture safely pulling into their destination without a scratch, and some drunk drivers even think that driving while drunk can make them a better driver. But the worst that can happen is probably worse than they could ever imagine, and that’s injuring or killing someone because they made the decision to get behind the wheel after drinking.

One woman from Grand Junction, Colorado is an example of what can happen when someone decides to drive drunk, and because she’ll be affected for the rest of her life by her crash, she’s standing up for a felony driving under the influence (DUI) bill that crack down on Colorado drunk drivers.

The list of surgeries Ellie Phipps has had to endure due to being hit from behind by a drunk driver is extensive. She had open-heart surgery where she died three times on the table, was forced to wear a half body cast for 20 months, and will need to wear a brace for the rest of her life. But what makes her most angry is that repeat DUI offenders in Colorado, some who have had up to 20 DUIs, have never spent time in jail.

The proposed felony DUI bill would change all that – any repeat offender with 3 or 4 strikes would receive a felony charge, and in Colorado that would mean an increase in DUI penalties. Right now, if you receive a second DUI conviction in Colorado, you’ll get up to 1 year in jail, pay $1,500 in fines, lose your driver’s license for a period of one year, and must install an ignition interlock device.

Colorado drunk drivers need to realize that, when it comes to drunk driving, the worst that can happen is often exactly what does happen. Let’s hope they pass that felony DUI bill and stand up for victims like Ellie Phipps.

A California Checkpoint Wasn’t Enough To Stop This Driver
Next Post: The real cost of a DUI in Oklahoma