The real cost of a DUI in Oklahoma

You are here: Home / General Information / The real cost of a DUI in Oklahoma
March 20, 2015 by Matt Talley 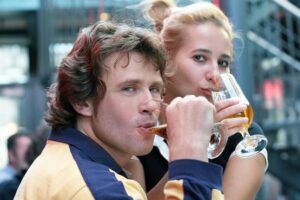 When you’ve got a drink in one hand and a set of keys in the other, you’re probably not thinking long term. Alcohol has a way of clouding rational thought, and although you might have known before you started drinking that driving would be a bad idea, that could go out the window when it’s time to actually put the keys in the ignition.

But not thinking about the long-term consequences of drinking and driving can cost you a lot, and with the possibility of crashing and injuring or killing someone, you’ll be considered lucky if that cost only hits you right in the bank account.

Need an example? One Oklahoma man received a driving under the influence (DUI) conviction and found out the hard way that a DUI can cost thousands of dollars. In addition to driver’s license reinstatement fees, he must pay drug and alcohol assessment fees, DUI course fees, and a monthly ignition interlock fee for 18 months. Those fees add up to approximately $3,000, and there may be more depending on the case.

Most states have the same types of penalties and fines. Oklahoma DUI laws require that repeat offenders pay up to $5,000 in fines, while a DUI in California can net you fines up to $2,600 for a first offender, and that doesn’t include the required ignition interlock fees or any DUI course you may be required to attend.

There’s a reason why there are billboards, public service announcements, and ad campaigns designed to stop you from drinking and driving – it can derail your entire life. Not only does driving under the influence have the potential to kill or injure innocent people, the license suspension and fines can empty your bank account and may cost you your job.

The next time you know you’re going to be drinking, appoint a sober driver ahead of time so you won’t be tempted to make a bad decision.