It’s A Crime To Refuse A Breathalyzer In Minnesota

You are here: Home / Law / It’s A Crime To Refuse A Breathalyzer In Minnesota
August 20, 2015 by Editorial Staff 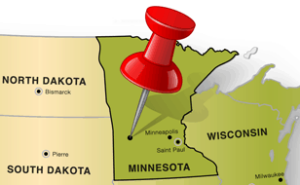 Anyone who has ever been stopped for driving while intoxicated (DWI) will have considered refusing to submit to a breathalyzer. After all, if you refuse to blow into the breathalyzer, there’s no evidence that you were driving drunk, right?

Wrong. If a police officer suspects you of DWI you are required by law to provide a breath, blood, or urine sample upon request. To make matters worse for the DWI offender, a recent court case in Minnesota ruled that if you refuse to take the breath test, you are committing a crime.

Minnesota is one of many states with an implied consent law. That means one of the conditions of a Minnesota drivers license is that you submit a blood, breath, or urine sample if a police officer arrests you for probably DWI. You also consent to these tests if you’re involved in a crash of any kind, and you agree to submit to a preliminary breath test as well. The preliminary breath test is like a field sobriety test, and it helps an officer establish probable cause of DWI.

For Minnesota drunk drivers, there are no options to get out of a drunk driving charge. With implied consent laws and criminal charges for someone who refuses to submit to one, it’s one state that’s standing up and holding drivers accountable if they make the choice to drink and drive.

Life After A DUI In Pennsylvania
Next Post: Suffolk County Is The Drunk Driving Crash Capital Of New York