It Was The Opossum, Not The Drinking And Driving

You are here: Home / Offbeat / It Was The Opossum, Not The Drinking And Driving
July 3, 2015 by Editorial Staff

Sometimes when you’re driving along and concentrating on your driving, things can happen that will make your heart pound faster for a minute or two. It could be something like another driver swerving into your lane or someone suddenly slamming on their brakes. No matter what it is, as long as you’re in control of your vehicle you should be able to recover and drive safely on.

But when you’re drinking and driving, you can’t recover as quickly. Drinking alcohol affects your coordination, reflexes, and vision, so if something jumps out at you unexpectedly, you might not be able to regain control of your vehicle. 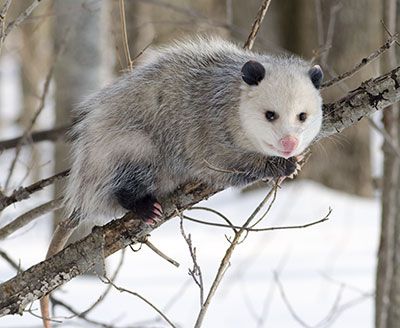 That’s what happened to a man who crashed in San Antonio, Texas recently, and he actually blamed the cause of his crash on an opossum jumping out and scaring him. He plowed his vehicle straight into a parked car, then drove into a yard and crashed into a closed garage door.

When officers arrived at the scene of the crash, they discovered alcohol in the driver’s vehicle, and although he shared the story of how he swerved to avoid the sudden appearance of the opossum, it didn’t wash with the local law enforcement—he was arrested on suspicion of driving while intoxicated (DWI) and will now face charges.

It’s a bad time to be a DWI offender in Texas. Fines run as high as $2,000 for first time offenders with a blood alcohol concentration (BAC) under .14, and can go as high as $4,000 if you’re BAC is over .15. You can also receive up to 180 days in jail and will lose your driver’s license for up to one year.

The only light at the end of the tunnel for DWI offenders is that the state recently passed House Bill 2246, offering first-time offenders the option of installing an ignition interlock device so they can obtain a restricted driver’s license. With a restricted license, they’ll be able to drive normally as long as they don’t try to drink and drive.

Maybe the driver really believes the opossum caused him to lose control of his vehicle, but if he wasn’t drinking and driving, the odds are good that he’d have been able to recover and drive home safely.