Do You Know What A PAS Test Is? 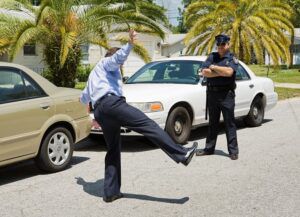 If you’ve never been arrested for drunk driving and the police stop you because they suspect you of it, you’re going to have to quickly learn a whole new set of terms. Someone who has never driven drunk before may have no idea what makes up a field sobriety test or what the difference is between a PAS test (preliminary alcohol screening) and a breathalyzer test.

Here’s a look at a few of the terms you may hear if you’re pulled over and possibly arrested for drunk driving.

Have you ever seen photos of police officers asking someone to touch their finger to their nose, walk a straight line, or watched a video of someone trying to recite the alphabet backward? If so, you’ve already seen a field sobriety test in action. Officers use field sobriety tests to gauge a driver’s level of intoxication and determine whether there’s probable cause to arrest you.

A police officer may request a PAS test at a checkpoint or if they pull you over. A PAS test is performed with a breathalyzer device, but it’s performed before you’re arrested for drunk driving. You may hear a PAS test is an optional test and you have the choice to refuse it. In many states that’s true unless you are under the age of 21 and you live in a zero tolerance state, or you’ve already been arrested for drunk driving before. If you’re unsure, your best option before you refuse anything is to contact a lawyer to find out the laws in your state.

If police move beyond these preliminary tests and formally arrest you for drunk driving, refusing to submit to a chemical blood alcohol test can have consequences as severe as if you were convicted of driving under the influence.

These are just a few of the terms you’ll hear when you’re stopped for suspected drunk driving. How do you avoid all of the hassle of field sobriety and PAS tests? It’s pretty easy: just don’t drink and drive.

This Pilot Needed A Reminder Why You Don’t Drink And Fly
Next Post: What Happens To My Job When I Have A Drunk Driving Charge?