Don’t Be The Star Of Your Own Crazy DUI Story

You are here: Home / General Information / Don’t Be The Star Of Your Own Crazy DUI Story
April 17, 2015 by Matt Talley 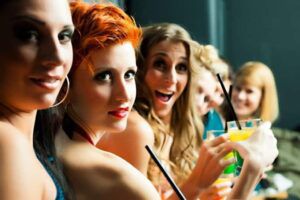 Friday’s are one of those days when people start to relax and look forward to the weekend and a fun night out. Because so many people head out for drinks with friends on Friday and Saturday nights, Friday morning is a great time for a little reminder – when you go out, don’t drink and drive. By taking a cab or having a designated driver, you could avoid an alcohol-related crash and a driving under the influence (DUI) charge. You could also avoid the public humiliation that comes with having your name splashed across news sites because you were the star of your own crazy driving under the influence story.

That’s what happened to William Peabody of Massachusetts recently. He was stopped after failing to move when a traffic light turned green, and instead of driving his car, he decided to stop and yell at the people who were honking at him to move. Police apprehended him and he promptly threw up in the back seat of the police cruiser. Instead of blowing when asked to take a breathalyzer test, he used the mouthpiece as a microphone to tell jokes to the police.

This was the third DUI offense for Peabody, with previous convictions in 1992 and 1996. According to Massachusetts DUI and operating under the influence (OUI) laws, his previous convictions are admissible because the lookback period for a previous DUI is life. As a third time offender, Peabody could receive up to 5 years in jail, fines up to $15,000, an 8 year driver’s license suspension, and an ignition interlock device when he is eligible to get his license back.

Peabody’s recent arrest and publication of his arrest should be a lesson to anyone who’s tempted to drink and drive after a night out. Not only do you have the potential to crash and injure or kill yourself or an innocent person, if you receive a DUI you could have your name, age, exact address, and every single detail of your arrest splashed across the Internet. And what goes online, stays online.