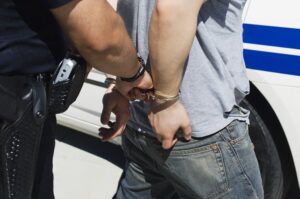 Distracted driving is a huge problem in the USA. Picking up your smartphone and talking or texting while driving is so prevalent now the Centers for Disease Control and Prevention (CDC) have statistics showing it’s the reason for 9 deaths and 1,153 injuries every single day.

It was dangerous enough when one man in West Seneca, New York was pulled over for distracted driving, but when police pulled him over for the phone use, they assessed the situation and found him to be driving while intoxicated.

That’s not all: his drivers license was revoked because of a previous DWI in 2008, and he was required to be driving with an ignition interlock device as part of his restricted license. With no ignition interlock in sight and an intoxicated driver behind the wheel, police asked him to submit to a breathalyzer test. Incredibly, he refused.

Odds are, any judge he gets in front of isn’t going to look too favorably on him flagrantly ignoring driving while intoxicated and distracted driving laws. In a situation like this, it’s extremely fortunate that no one was injured or killed, because you just can’t focus on driving your vehicle when you’re drunk and distracted.

He’ll have a while to think about it though, because he’s being held in a holding center until his court appearance on September 22nd. Maybe this conviction will help him realize there are rules to follow when you drive, and those rules don’t change just to suit your own situation.