Drinking And Driving With Children In The Car? That’s Child Neglect

You are here: Home / General Information / Drinking And Driving With Children In The Car? That’s Child Neglect
February 12, 2016 by Matt Talley 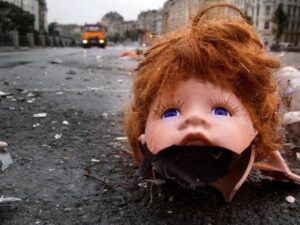 Drinking and driving is a choice, so if you make the decision to get behind the wheel after drinking and crash your vehicle, it’s entirely on you to accept the consequences.

But what if you have innocent children along for the ride? They didn’t make the choice to get into the car with someone who is drinking, and they have no idea what could be waiting for them out on the road if you end up crashing the car. Despite the danger, thousands of parents across the United States are drinking and driving with children in the car, and examples of these parents pop up on the news every week.

One Florida mother was arrested during a traffic stop after she was stopped on suspicion of drinking and driving, and she didn’t have just one child along either: there were four children in a vehicle that was reported to be speeding, had no headlights on, and was weaving through traffic. When stopped, the police discovered the driver had open alcohol in the vehicle too.

She was arrested and charged with driving on a suspended license, violation of probation that stemmed from a previous driving under the influence (DUI) conviction in July of 2015, DUI while accompanied by a minor, and child neglect.

The State of Florida takes DUI with kids in tow seriously. Just the DUI while accompanied by a minor could net the driver jail time, $4,000 in fines, drivers license suspension, and an ignition interlock if and when the driver ever gets their license back.

But fines and other penalties are really secondary in cases like this, because when someone is drinking and driving with children in the car, the only thing that really matters is the children’s safety. Thankfully she didn’t crash, and for their sake, hopefully twice was enough and the mother won’t make the decision to drink and drive again.