Driving With A BAC Of .322? This Woman Needs A Car Breathalyzer 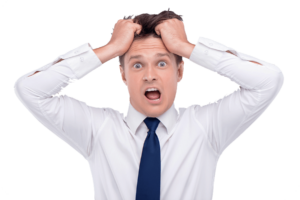 For some people, it can take quite a few drinks to get to the .08 level. Everyone has a different tolerance to alcohol, and while one person can still have a low blood alcohol concentration (BAC) after 3 drinks, another could hit .08 after one. Even though alcohol affects everyone differently, it’s safe to say it would take a lot of drinks to achieve a .322 blood alcohol level.

But that’s exactly what one woman in Washington state had when she was stopped for drinking and driving, and when the troopers came to her assistance after she crashed into a guardrail, she was so intoxicated she actually thought she was still driving. She was arrested for DUI and penalties are pending. Unfortunately she made the decision to drink and drive, but fortunately for her she stopped drinking when she did because a blood alcohol level of .4 is considered lethal.

Cases like these are great reminders to always call in someone you suspect has been drinking and driving.

It’s all too easy to cruise past someone on the highway and wonder if the reason they’re driving so erratically is because they’ve been drinking, but if you don’t call them in they could potentially injure themselves or others.

This case also highlights why car breathalyzers work. The odds are that someone who is driving with a blood alcohol concentration of .322 has been drunk and has driven before. Mothers Against Drunk Driving (MADD) has published research showing that the average drunk driver will drive approximately 80 times before they’re stopped and arrested the first time, so each time these drivers get behind the wheel, they’re taking a chance with their lives and the lives of other people.

Car breathalyzers stop potential drunk drivers before they’re even able to start the vehicle, so driving when you have an almost lethal amount of alcohol in your system wouldn’t even be an option. Thankfully this case didn’t end in a fatality, but thousands of cases like this do every single day. For more information on how you can help stop drunk drivers, visit your local MADD chapter.

Budweiser’s Drinking And Driving PSA Is All About Puppy Love
Next Post: Are You Eligible For DUI Expungement?