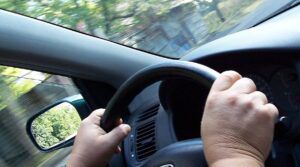 There are a lot of drivers in Texas who don’t understand the dangers of drinking and driving because, if 2014 statistics are any indication, the state continues to have a high rate of alcohol-related crashes. There were 502 fatal driving while intoxicated (DWI) crashes in the state in 2014, and in those crashes 566 people were killed. That number doesn’t include the amount of people who were seriously injured either: 1,134 were seriously incapacitated due to someone making the choice to drink and drive.

That’s why Houston’s Police Department DWI task force and Mothers Against Drunk Driving (MADD) have teamed up to create a video that will show the danger all drivers can encounter thanks to drunk drivers in Texas.

The video, called the Driving Wet Lab, is of a controlled experiment where the task force demonstrated what the effects of drinking and driving can have on a drivers’ ability to talk, walk, act, and drive. Each person participating drank a controlled amount of alcohol and his or her reactions were documented on video. After they drank they were put behind the wheel of a car on a closed track so videographers could see how they drive. While driving they were asked to perform tasks like avoid obstacles and parking the car.

You can see the full video below.

What the police and task force found was that the drivers felt as though their experience ‘speeds up’ after they’ve been drinking. One man thought the pylons came at him more quickly when he was legally intoxicated at .08, but as you can see in the video, the pylons didn’t move at all. Another participant thought the course was hard before she was drunk, but after she had a few drinks and drove it again, the false confidence you get from drinking alcohol made her think it was much easier to navigate.

After watching this video and seeing first hand how the participants dealt with drinking and driving, it’s pretty hard to argue that you’re ‘OK’ to drive or that alcohol doesn’t affect your motor skills, reflexes, or your ability to make sound judgement.

The next time you think about drinking and driving in Texas or anywhere else, remember the dangers of drinking and driving and what these drivers looked like when they got behind the wheel after drinking. Thankfully for them they were on a closed track and had little risk of getting hurt, but when you put drunk drivers like these out on real roads? It’s like watching a ticking time bomb.

Drunk Driving Crash Victims Remembered By MADD
Next Post: Strangest Mugshots Include A Drunk Driver Who Sent In A Selfie