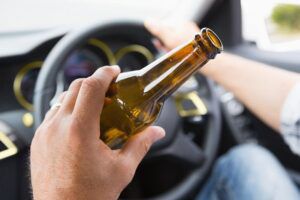 Because they are so effective, repeat driving under the influence (DUI) offenders aren’t big ignition interlock fans. Despite the fact that repeat offenders are required to install the device for a year or longer, some just ignore that part of the penalty process and keep driving on a suspended license. That’s why you read about so many five or six time offenders getting stopped by police and charged with DUI again. It’s not that the offender wasn’t penalized; it’s that he or she ignored the penalty.

Take a recent case in Cayuga County, New York as an example. A man was charged with felony driving while intoxicated (DWI), aggravated unlicensed operation of a motor vehicle, and operating a motor vehicle without an ignition interlock after he was stopped for his sixth DWI. If he’d been driving with his court-ordered ignition interlock, he wouldn’t have been able to drive drunk and net himself a sixth conviction.

A similar situation happened in El Paso, Texas recently. A man was arrested for his ninth DWI after he had already spent time in jail for his previous eight arrests. He must have been released early because he was behind the wheel, and he was driving without the ignition interlock he was ordered to install in 2005.

Just like the New York case, if this person had been using his required ignition interlock, he would never have been able to drive. Thankfully no one was injured or killed before these drivers were arrested again.

Ignition interlocks are the most effective way to stop drunk drivers, but at the end of the day, the offender has to actually install it to stop them from driving drunk. If a state is seeing an uptick in DWI or DUI arrests, maybe they should take a look at strengthening the penalties for ignition interlock noncompliance. By following up with offenders, forcing them to install their interlock, and checking to see that they are complying with maintenance, they’re ensuring that person can’t make the decision to drink and drive.

After Death Of Officer, Drunk Driving Laws May Change In Massachusetts
Next Post: Fighting Back: The History Of Drunk Driving Since The 1970’s