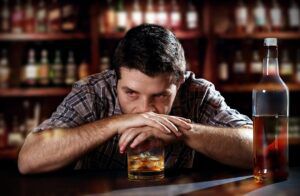 What would happen if all drunk drivers blamed their victims? What if, although the driver was responsible for drinking alcohol and getting behind the wheel, and they alone started the car, drove, and crashed into someone, they somehow decided that their victim was to blame for the crash.

You can imagine the devastation felt by the family members of the victim. It’s hard to believe that anyone would do that given the evidence to the contrary. Unfortunately that’s exactly what’s happening in Bryan, Texas.

On October 17th Maria Ramirez was driving down the highway when an alleged drunk driver hit her while entering the highway from an exit ramp. She died from her injuries, and the drunk driver was taken to jail. He’s still there, but he hasn’t been charged yet.

In response to the crash, Ramirez’s family decided to launch a civil suit against the driver. In any civil suit the person being served has a chance to reply and he did so, stating in a legal document that the crash and the subsequent damages were the fault of Maria Ramirez.

It’s an open court case and the decision could go either way, but it’s safe to say that the counter-claim would be devastating to the family. It’s hard enough to lose your loved one because someone made the careless choice to drink and drive, but to also have to experience a lengthy trial and have to fight over who’s to blame? It’s rubbing salt in a wound that will never heal.

Texas has more than it’s fair share of drunk drivers, and once these drivers cause a crash they’d probably do almost anything to forget about it and resume their lives. Unfortunately for both the driver and the victim, you can’t take it back once you make the decision to drink and drive. If the driver in this case was driving drunk and he successfully manages to blame the victim in a court of law, it’s sets a dangerous precedent for all drivers in Texas.