A Drunk Driving Arrest Can Happen To Anyone

You are here: Home / General Information / A Drunk Driving Arrest Can Happen To Anyone
May 27, 2016 by Matt Talley 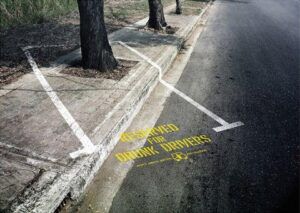 It’s all too easy to drink, drive, and get arrested, and a drunk driving arrest can happen to anyone. Your grandmother could have a few glasses of wine at a family dinner and she could be arrested for driving under the influence (DUI) on her way home. Your child could be arrested for DUI after a school dance. Even your spouse, someone you might never think would drink and drive, can be arrested for DUI if they make the mistake of getting behind the wheel after consuming any amount of alcohol.

A drunk driving arrest is pretty common, but that doesn’t mean it’s not shocking when you hear about celebrities, sports stars, and high profile people arrested for DUI. The only difference? When they are arrested, they make the news across the country.

Take the anti-DUI lawyer for example: David J. Maloney is a Florida lawyer who sues DUI offenders. He was out just after 3:30 am on Mother’s Day when he was pulled over in Pensacola Beach, Florida while driving his Lamborghini. The police determined that there was probable cause to arrest him for DUI, and he was released the next morning on $500 bail. Not surprisingly, the news on his arrest was carried on outlets online all over the USA.

It is sort of ironic that an anti-DUI lawyer would be charged with drunk driving, but he wasn’t the only high profile DUI lawyer in Florida that’s been arrested on a drunk driving charge. Warren Redlich, a DUI lawyer from Boca Raton who is popular for Fair DUI videos promoting no search at checkpoints, also received a drunk driving arrest when he was stopped and caught over the legal limit.

Even if their names aren’t splashed across the news, for most people it just takes one arrest and they’ll never drink and drive again. High profile people are the usually the same, and odds are high that everyone that’s had their name splashed across the media over the past few weeks won’t be tempted to put the keys in the ignition and drink and drive again.

Drinking And Driving Firefighter Kills Uber Driver In Wisconsin
Next Post: It Was A Year Of Change For Mississippi Drunk Driving Laws