You are here: Home / General Information / It’s All Fun And Games Until Your Child Has To Drive You Home
September 7, 2015 by Matt Talley 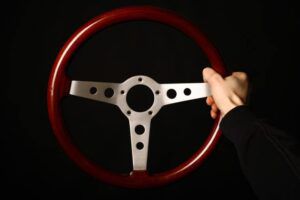 Some things you see online really make you scratch your head and wonder what someone was thinking. Take parents who drink and drive with their kids in the car as an example—there are countless news topics posted every month about parents arrested for driving under the influence (DUI) with their children along for the ride, and that’s why there are laws upgrading a DUI to aggravated DUI or new laws with additional penalties for drunk parents.

But one man in New York who was drunk with his 10 year old along decided not to drink and drive. That might sound like a good thing, but the problem started when he handed the keys over to his child and got into the back seat of the truck. The child was driving the truck up Route 9P in New York State when he was spotted by another driver who contacted the police, and he was pulled over shortly after.

Since New York put a child endangerment law on the books a few years ago, anyone charged with DUI with a child in the vehicle will be subject to penalties under Leandra’s Law. Named after a young girl who was killed in a drunk driving crash caused by the adult driving her vehicle, Leandra’s Law makes it an automatic felony for any offender who chooses to drink and drive with a child younger than the age of 15 in the vehicle.

Anyone charged under Leandra’s Law face a prison sentence of up to 4 years, fines up to $5,000, and a mandatory ignition interlock for at least six months. Will this offender be charged under Leandra’s Law? It’s up to the judge at this point. Although he wasn’t actually driving the vehicle, he was charged with endangering the welfare of a child and permitting unlicensed operation of a motor vehicle.

Why not put the safety of children first by making the commitment to never drink and drive, especially if you have your kids in the car?

Just Say No To The DUI Selfie
Next Post: Colorado Cracking Down On Repeat DUI Offenders, and It’s Working