That Drunk Driving Conviction Will Really Cost You In Colorado

You are here: Home / General Information / That Drunk Driving Conviction Will Really Cost You In Colorado
December 26, 2016 by Matt Talley 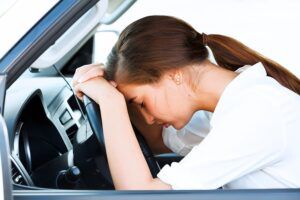 Have you ever sat down in the driver’s seat of your car and weighed the pros and cons of driving after drinking? Maybe you had one or two drinks and you thought you’d be well below the legal limit of .08, or maybe you knew you were well over but thought you could sneak home anyway.

Yes, you should think about what you’re about to do any time you put your keys in the ignition after you’ve been drinking, and what you should focus on the most is not whether or not you could avoid getting stopped, but what would happen if you were arrested and convicted for drunk driving. That’s when you start paying the price, and that price is rising every year.

Want to know what that drunk driving conviction will really cost you? It depends on your state, but take Colorado as an example: according to the organization No DUI Colorado, the cost of a first offense is comparable to what you would pay for a new-ish car.

After tallying up the costs, No DUI Colorado found that in 2016, a first drunk driving offense in Colorado will cost you approximately $13,530. Back in 2008 that same drunk driving conviction would cost you $10,270. What’s the difference in costs? It’s all due to big changes in Colorado DUI laws over that time period.

Thankfully it’s easy to avoid paying that huge chunk of change: the next time you’re sitting in your car and weighing the pros and cons of a driving drunk, don’t do it. Pick up the phone and call a sober friend or a cab instead. In the long run you’ll be much better off.

Friday fallout: When Drunk Driving In Florida, Is Two Times The Charm?
Next Post: If You See A SnapChat Drunk Driver, What Should You Do?