Could A Drunk Driving Offender Get An Interlock Pass In Missouri?

You are here: Home / Law / Could A Drunk Driving Offender Get An Interlock Pass In Missouri?
May 23, 2017 by Matt Talley 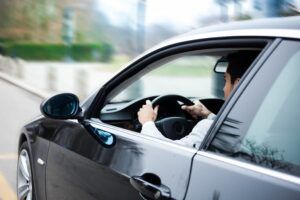 A bill that’s on the table in Missouri could allow a drunk driving offender to drive an employer-owned company vehicle without an ignition interlock device. Senate Bill 474 states that any repeat drunk driving offender who is required to drive with an ignition interlock in their personal vehicle can apply for an exemption that will let them operate a vehicle owned by their employer.

If you’re convicted of drunk driving in Missouri right now, using an ignition interlock device is a requirement, not an option. Missouri is an all-offender ignition interlock state, and that means a first-time offender is required to use the device upon driver’s license suspension for a period of ninety days. That time period is longer for repeat offenders.

What could happen if they change the law to allow repeat offenders to skip the ignition interlock, even if it’s just on an employer’s vehicle? Although you’d hope these offenders would realize this restricted license is a privilege and stick to the rules, it’s possible that a repeat offender would be tempted to drink and drive in their employer’s vehicle. And if they drink and drive, someone could easily be injured or killed because of that reckless decision.

A better option for Missouri would be to strengthen their ignition interlock laws by allowing an drunk driving offender to install an interlock immediately after arrest. That would give them an immediate consequence for making the choice to drink and drive. Missouri could also beef up their laws to require ignition interlocks if someone refuses a breathalyzer.

Senate Bill 474 is making its way through the house. Whether it will pass is anyone’s guess, but to stop drunk driving offenders in a state like Missouri, ignition interlocks are needed in all vehicles, not just personal vehicles.

Alcohol Poisoning Really Can Happen To Anyone
Next Post: Impaired Driving Crash Ends With Oregon Man Sitting At Bar In His Car