Massachusetts Ready For An All Offender Ignition Interlock Law

You are here: Home / Law / Massachusetts Ready For An All Offender Ignition Interlock Law
March 16, 2016 by Matt Talley 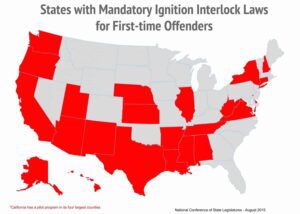 In relation to other states, first offenders in Massachusetts receive fairly light sentences for operating under the influence (OUI). They may spend up to 30 months behind bars, pay anywhere from $500 to $5,000 in fines, and receive a one year driver’s license suspension, but first offenders for drinking and driving in Massachusetts are not required to install an ignition interlock.

The new SP 1895 bill would change all that. Instead of just requiring second or repeat offenders to install the device, all offenders would need to drive with an ignition interlock for a period of time. This bill builds on Melanie’s Law, passed in 2005 in honor of Melanie Powell, a 13-year-old girl who was walking to a birthday party and was struck and killed by a repeat OUI offender. Melanie’s Law requires any driver with 2 or more OUI convictions and who meets the eligibility for a hardship license to install the device. Any offender with 2 or more OUI convictions who is eligible for driver’s license reinstatement must also use the device for 2 years after their license is reinstated, even if he or she already had a hardship license.

Representatives from MADD and other supporters feel that SB 1895 will cut down the rate of drunk driving in Massachusetts more than Melanie’s Law alone. Let’s hope when the hearing takes place in April, Massachusetts will join 25 other states by adding an all offender ignition interlock law.

Do You Know These St. Patrick’s Day Facts And Myths?
Next Post: This Week In DUI: Drunk Driving In California